Join us this Friday, March 2nd at noon in the Alliance Learning Center Community Rooms for a review of Never Look Back by Alliance native Ann Hope.

Ann was born and raised in Alliance, Nebraska. She lived in Wyoming for 19 years and just recently moved to the beautiful Rocky Mountains of Colorado.

With the encouragement of her family, Ann completed her first novel Never Look Back six years ago. It was entered into the 2010 Women of Faith Writing Contest where it placed in the top thirty of seven hundred and fifty contestants. At this point, Ann decided to self publish. She has written two novels and now working on her third.

Never Look Back is a dramatic love story with a twist of faith and has been been “compelling” and “uplifting.”

It’s the time of year when Sandhill Cranes flock to the Platte River to pick up a few pounds and possibly a date! To learn more about this yearly event and Sandhill Cranes, check out the titles below. The Nebraska Game and Parks Website also has some interesting information and videos, such as the one posted above. 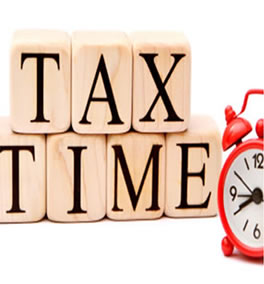 Tax season is in full swing, and while we have not received any tax forms here at the library, we are still able to help you find forms via the internet. We will be happy to find and print the forms for you at the circulation desk. Printing is still only $.10 a page.

To find the forms and publications you need this tax year, follow the links below:

Brother and sister Marilla and Matthew Cuthbert look forward to meeting the young orphan boy whom they hope to give a good life to at their Avonlea farm, Green Gables. When they are accidentally sent Anne Shirley instead, they make the most of the orphanage’s mistake, and welcome the imaginative girl with loving arms. Under their care and through the friendships she forges at school, Anne enjoys adventures and experiences that teach her how to be loving and caring in return.

First published in 1908, L.M. Montgomery’s Anne of Green Gables is a cherished tale of the importance of family and community. The movie starring Megan Follows, made in 1985, captures the spirit of the book and of Anne perfectly. Both the book and the movie are available in our collection.

The library will be closed on Monday, February 20th in observation of President’s Day.

Follow the links below for more information on two of America’s greatest presidents who helped to shape our country.

Salvage the Bones by Jesmyn Ward won the 2011 National Book Award for Fiction and the 2012 ALA Alex Award, and deservedly so.

Poetic in her metaphors and voice, Jesmyn Ward delivers the impoverished south to the feet of Hurricane Katrina with so much grace and literary poise that readers will embrace the encroaching destruction with open arms.

Set on the Gulf Coast in Bois Sauvage, Mississippi during the ten days leading up to Hurricane Katrina, readers find themselves introduced to the Batiste family, the poorest of the poor black families living on land that has become a haven for broken down cars and discarded appliances. The widowed alcoholic father known as “Daddy”, the graceful athletic oldest brother Randall, the gritty dog fighting Skeet and his pit bull China, and the forever protected seven-year-old Junior are all drawn to life through the narration of Esch, a promiscuous fifteen-year-old girl who finds herself pregnant and without hope. As the storm approaches, it becomes evident that their love and need for each other is the only thing that enables them to survive.

Highle recommended and available in our New Fiction display under FIC WAR. It is a novel you won’t soon forget.

To learn to say a lot more than “I Love You”, check out our language books in the 400’s as well as our instructional CDs. We just added some new language CDs for Russian, Mandarin Chinese, Japanese, Spanish and French, which can be found in the Audio CDs in the 400’s.

The Lorax is perhaps my favorite Dr. Seuss book (actually, I think it is tied for 1st with McElligot’s Pool), and they have created a feature length film featuring the adorable mustached keeper of the trees. I just hope it is as good as the original (which we have available for checkout on DVD in addition to the many Seuss books in our children’s section.)