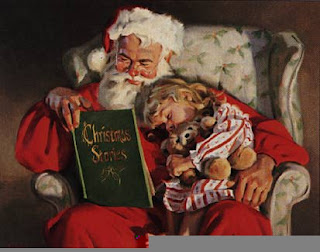 The 13th Day of Christmas by James Wright: When eight-year-old Charlee and ninety-year-old Marva are both diagnosed with cancer, the prospects of having a merry Christmas seem bleak. That is, until a series of letters and gifts that coincide with the 12 days of Christmas begin appearing. And the last letter–for the 13th day of Christmas–might just be the most important one of all.

A Christmas Garland by Anne Perry: In 1857 India, young Lieutenant Victor Narraway, with the help of two small children and a Christmas garland, defends a British medical orderly throughout a murder investigation.

Eleven Pipers Piping by C.C. Bennison: When a performer at the annual Burns dinner at Thornford Regis is found dead under suspicious circumstances, town vicar Tom Christmas uncovers generations-old secrets in his quest for the truth.

The Ghost of Christmas Present by Scott Abbott and Amy Maude Swinton: Patrick Guthrie, a widowed public school drama teacher, will do whatever he can to make the money for a life-saving operation his ten-year-old son needs–including begging on the streets of New York.

Merry Christmas Alex Cross by James Patterson: Alex Cross and his family are celebrating Christmas Eve when a father takes his ex-wife and children hostage, but just as this situation is being dealt with a second situation explodes that puts millions at risk and Alex is forced to make a decision that may end as many lives as it saves.

My Kind of Christmas by Robin Carr: Patrick Riordan’s plans for a relaxing Christmas–a much-needed break from his work as a Navy pilot–are complicated when he falls for Angie LeCroix, who is visiting Virgin River in order to escape her hovering mother.

The Snow White Christmas Cookie by David Handler: A blizzard-marked first Dorset Christmas for Des Mitry is overshadowed by the drug-related death of Mitch’s neighbor, a shoplifting Kylie, and a mail thief whose activities are linked to a prescription drug gang.

Twelve Clues of Christmas by Rhys Bowen: While serving as an assistant to the hostess of a large Christmas house party in Tiddleton-under-Lovey, Georgie gets the attention of her retired detective grandfather after dead bodies begin showing up.

A Lawman’s Christmas by Linda Lael Miller: Clay McKettrick arrives in Blue River, Texas, to take over as the new town marshal and Dara Rose Nolan, the widow of the last marshal, knows that means she and her daughters will be out on the streets by Christmas, so when Clay proposes a marriage of convenience, she agrees in order to save her family, unaware that Clay has fallen in love with her and plans to win her heart.