This Friday’s matinee, showing at 1:00 p.m. is the Academy Award winning film The Help, based on the bestselling novel by Kathryn Stockett. This will bring to a close our chronological journey through black history in celebration of Black History Month. 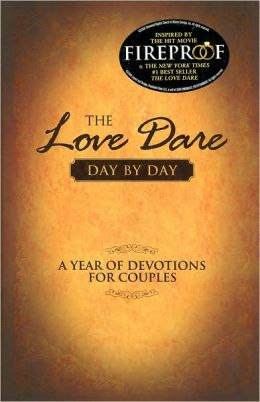 The Love Dare by Stephen and Alex Kendrick is a non-fiction workbook well worth your precious reading time. The Love Dare is simple to read, easy to try and the rewards of unconditional love are priceless!!! Whether your marriage is healthy and strong or hanging by a thread this 40 day adventure with teach you how to have a healthy relationship. The steps are so simple and way way powerful!    As you guessed, the challenge of moving through the book begins with a dare!  I double-dare you to  embark on this journey!

Reviews may be submitted for posting via our Contact form – we’d love to hear from you!

Join us tomorrow at 1 p.m. for a screening of In Their Own Words: The Tuskegee Airmen as part of our ongoing series in celebration of Black History Month. Comfy chairs and popcorn provided.

The February selection for our Book Club is the time honored classic Pride and Prejudice by Jane Austen. Book club will meet on Tuesday, February 26th at 1:00 p.m. and again on Thursday, February 28th at 4:00 p.m. copies are available at our circulation desk, and a small shipping fee of $3 may apply. All are encouraged to participate – the more the merrier!

“It is a truth universally acknowledged, that a single man in possession of a good fortune must be in want of a wife.”

So begins Pride and Prejudice, Jane Austen’s witty comedy of manners–one of the most popular novels of all time–that features splendidly civilized sparring between the proud Mr. Darcy and the prejudiced Elizabeth Bennet as they play out their spirited courtship in a series of eighteenth-century drawing-room intrigues. Renowned literary critic and historian George Saintsbury in 1894 declared it the “most perfect, the most characteristic, the most eminently quintessential of its author’s works,” and Eudora Welty in the twntieth century described it as “irresistible and as nearly flawless as any fiction could be.”

Mistress of My Fate by Hallie Rebenhold is Book One of the Confessions of Henrietta Lightfoot. Rebenhold is an authority on eighteenth-century British social history and has written an attention grabbing entertaining read. I was hooked from page one which is what I desire in my reads.

Henrietta Lightfoot is an ignored adopted niece of an Earl and Countess. She believes she is destined to lead a quiet life of a companion for her obnoxiously spoiled cousin, Lady Catherine. Fate intervened and sent Henrietta spinning away from the protected country life into one of surviving by her wits. Every page promises a desire to read more! Now I can hardly wait for the next book as I will be line to check it out!

Reviews may be submitted for posting by using the contact form on this site.