Alliance Public Library staff wishes everyone a Happy Halloween! We’ll be celebrating all Halloween Day, so be sure to stop by. Bring in a pumpkin for our Pumpkin Decorating Contest (judging will begin at 4:00 p.m.) or simply stop in and check out one of the many scary movies in the DVD collection. And don’t forget to bring the kids by for a bit of trick-or-treating and a Halloween bedtime storybook!

Check out pictures from this week’s Halloween activities on our Facebook page, including the pumpkin submissions and our storytime kids in their Halloween duds!

Blood and Beauty by Sarah Dunant: Traces the Borgia family’s rise in the aftermath of Rodrigo Borgia’s success to the papacy, during which war, a terrifying sexual plague, and the family’s notorious reputation forge an intimate bond between brother and sister.

Watching the Eagles Soar by Margaret Coel: A collection of short stories by award-winning author Margaret Coel. Includes two essays by the author on writing about the West.

Hotshot by Julie Garwood: Inheriting a luxurious oceanfront resort under a condition that she must run it profitably for one year to claim full ownership, food critic Peyton Lockhart is targeted by dangerous rivals and is protected from a threat against her life by childhood friend.

The Cuckoo’s Calling by Robert Galbraith: Detective Cormoran Strike investigates the supposed suicide of supermodel Lula Landry, called The Cuckoo by her friends.

Tell Me by Lisa Jackson: Blondell O’Henry was convicted of murdering her eldest daughter and wounding her two other children. When she is about to be set free, Detective Pierce Reed is concerned she may be compromising the case due to her close relationship with those affected.

The Last Witness by W.E.B. Griffin: Philadelphia homicide detective Matt Payne must locate the lone living witness to a sex trade ring connected to the Mexican drug cartels and the Russian mob.

The Beast by Faye Kellerman: Over the years, Peter Decker and Rina Lazarus have got through a lot together. They’ve faced more than their share of serial killers and psychopaths. But this time two very different cases may cause them to re-evaluate everything they hold dear.

The Widow Waltz by Sally Koslow: Left penniless and shattered by devastating secrets revealed in the aftermath of her seemingly successful lawyer husband’s sudden death, Georgia rallies herself to pursue a new relationship and support her two daughters.

Tamarack County by William Kent Krueger: Faced with a series of dark occurrences that are linked to a twenty-year-old murder, private investigator Cork O’ Connor must stop a vengeful force before his family and friends pay the ultimate price.

Son by Phillip Meyer: Comanche Indian captive Eli McCullough must carve a place for himself in a world in which he does not fully belong–a journey of adventure, tragedy, hardship, grit, and luck that reverberates in the lives of his progeny.

Blood of Tyrants by Naomi Novik: Shipwrecked in Japan with no memory of Temeraire or his experiences as an English aviator, Laurence finds himself tangled in deadly political intrigues that threaten his life and England’s already precarious position in the Far East.

We only have a few days until it is Halloween! For those of you just witching to get into the ghoulish spirit, I’ve collected a gathering of ghastly activities. Simply click on the pictures to be spirited away to the instructions!

We have added a Library Policies page under the APL Board section of this website. Visit this page for information on our upcoming policy changes that will be taking effect on Friday, November 1st. You can also access the Alliance Public Library Policy and Procedures Manual if you would like to familiarize yourself with our library’s policies and general practices.

We may be contacted about any questions or concerns either by phone, in person, or via the contact form on this website.

The Iceman: This thriller based on a true story follows Richard Kuklinski, who killed more than 100 people for the mob — and his own pleasure — between 1964 and 1986. Despite his prolific violence, Kuklinski was a devoted husband and father of two daughters.

Django Unchained: Accompanied by a German bounty hunter, a freed slave named Django travels across America to free his wife from a sadistic plantation owner.

The Guilt Trip: After Andy Brewster invents a fabulous new organic cleaner, he goes on a cross-country road trip to promote it. His mother, Joyce, comes along for the ride but soon discovers that her son has an ulterior motive: fixing her up with a long-lost flame.

Iron Man 3: When Tony Stark/Iron Man finds his entire world reduced to rubble, he must use all his ingenuity to survive, destroy his enemy, and somehow protect those he loves. But a soul-searching question haunts him: Does the man make the suit– or does the suit make the man?

Oblivion: Jack Harper is the lone security repairman stationed on a desolate, nearly ruined future Earth. When he rescues a beautiful stranger from a downed spacecraft, her arrival triggers a nonstop chain of events that forces him to question everything he knows.

Star Trek Into Darkness: When the crew of the Enterprise is called back home, they find that an unstoppable force of terror from within their own organization has detonated the fleet and everything it stands for, leaving the world in a state of crisis.

World War Z: A U.N. employee races against time and fate as he travels the world trying to stop the spread of a deadly zombie pandemic. As the undead hordes gain strength across the globe, governments topple and Earth stands on the brink of total social collapse.

Olympus Has Fallen: A disgraced Secret Service agent must come to the rescue when Korean terrorists descend on the White House and take the president hostage.

The Walking Dead Season 3: Sheriff’s deputy Rick Grimes continues to lead a scrappy band of survivors through an apocalyptic landscape as they fend off the undead “walkers” that have invaded society.

Breaking Bad Series: Diagnosed with cancer and given only two years to live, high school chemistry teacher Walter White attempts to secure his family’s financial future by teaming with his former student, Jesse Pinkman, to produce and distribute crystal meth.

Bones of Paris by Laurie R. King is a creepy, murder mystery sure to get you in the spirit of Halloween.  1929, Harris Stuyvesant, private investigator, takes on the simple of assignment of finding a pretty young American woman who disappeared in Paris.  Harris quickly figures out that there is a absolutely nothing easy about this job and if he wants to stay alive he has to use every means available to him.  The characters become lifelike and the plot trudges ever forward.  If you like creep stories this is for you.  As for me, my husband had to wake me during the middle of the night because I was screaming and hollering.  Enough said.  Enjoy!

Don’t forget to enter our Thrills and Chills Contest! Read any “chilling” book (and it sounds like Roxi’s read would surely count) and submit the form available here in the library to win a Halloween gift basket! Entries will be accepted through this Friday, October 25th.

The new Carrie releases this weekend, and it promises to be both dramatic and scary! Based on the classic Stephen King novel, it will be interesting to see how the story is updated in the new release – especially with the new cultural focus on the issue of bullying. The book is, of course, available here in the library, and if you decide to read it, or any other book that has been adapted for the screen, remember to submit an entry into our Book to Movie contest and you could win dinner and a movie for two! Winners will be drawn each month.

Pumpkins and Funkins will be accepted and displayed Friday, October 25th through Halloween, and winners will be selected in four age groups: Kindergarten through 3rd, 4th through 6th, 7th through 12th, and Adults. 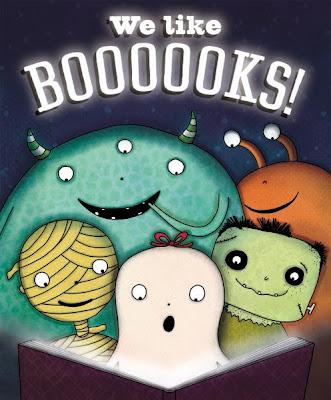 The Ocean at the End of the Lane by Neil Gaimen: When a man returns to his childhood home for a funeral, memories surface relating to the neighbor girl who protected him from the darkness unleashed by a suicide at the pond at the end of their street.

Death Angel by Linda Fairstein: Assistant DA Alex Cooper and Detectives Mike Chapman and Mercer Wallace must try to find a possible serial killer in Central Park in New York, while Alex and Mike fight accusations that have been hurled at them.

Carpathian by David Goleman: When the petrified remains of an animal that could not exist are found in the ruins of Jericho, the Event Group team gathers to discover the truth behind the Exodus of the Isrealites and the animals that made their survival possible.

It Happens in the Dark by Carol O’Connell: NYPD Detective Kathy Mallory takes over a murder investigation when a woman and a playwright are found murdered and clues lead to a play about a long-ago massacre.

Fiend by Peter Stenson: A long-time, hopelessly addicted meth user, Chase Daniels sees the impending zombie apocalypse as an opportunity to hit restart and become the man he once dreamed of being.

Bones of the Lost by Kathy Reich: Tempe Brennan investigates the connections between a long-dead business man, the smuggling of mummified dogs from Peru, and the death of a teenage girl killed in a hit and run.

Doctor Sleep by Stephen King: When Dan Torrence meets Abra Stone, a twelve-year-old girl who shares Dan’s gift of “shining,” and discovers that a tribe of traveling paranormals wants to steal her power by slowly torturing her to death, he becomes determined to save the child.

Help for the Haunted by John Searless: Struggling with the loss of her parents, who helped haunted souls find peace, Sylvie Mason pursues the mystery, moving closer to the truth of what happened that night as she comes to terms with her family’s past.

Night Film by Marisha Pessi: When the daughter of a cult horror film director is found dead in an abandoned Manhattan warehouse, investigative journalist Scott McGrath, disbelieving the official suicide ruling, probes into the strange circumstances of the young woman’s death.