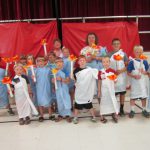 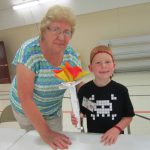 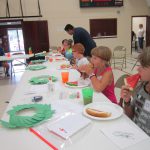 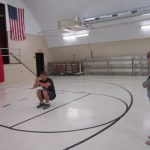 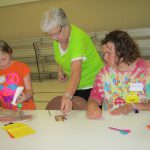 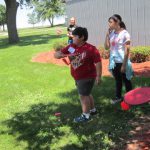 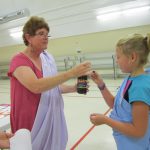 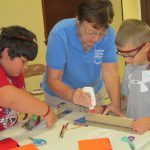 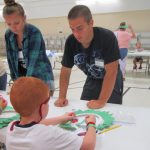 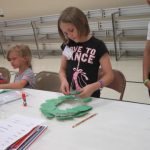 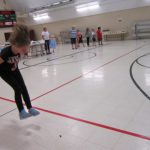 Well, it has been a busy two weeks for our Olympians!  A bit of back history for you on the original Olympics.  The Olympics are thought to have begun around 776 B. C., held in the city-state of Elis to honor the Greek god, Zeus.  At that time, there was only one running event called the stade in which the runners sprinted one length of the stadium.  As years passed, they added more races – the second race was the diaulos, (di-OW-lus) which was two stadium lengths, and the last was the dolichos, (DOE-lick-us) which was the ‘long-distance’ race of 12 lengths of the stadium.   In keeping with that, our first event, as you know, was the Relay Race. We had two teams (Green and Purple) and the Purple Team won that event.  As the Greek Olympics grew in popularity, more events were added.  The Discus Throw, Javelin, Long Jump, Wrestling, Boxing, and the Pankration (Pan KRA-tee-on).  And now, as you know, the Olympics have grown to include Winter Olympics with more events than I have strength in my fingers to type!  Last week, we traveled to the park for our Discus Throw, where the Green Team soundly took the victory.  Back to the auditorium for Kalamata Olives, a great snack provided by Connie Kaup, and our Olympic Torch craft.   This week, our event was the Long Jump.  Adeptly demonstrated by one of our volunteers, Alex Nuno, the Olympians had to jump from a standstill for distance, and the Green Team held their winning streak, defeating the Purple Team (but not by much!).  Our snack was graciously provided by Marvin and Jane Zimmerman, and our craft was making the ‘laurel-wreath’  crowns for our party. Next week will be our final event (the Shot Put) before the festival for our Olympians.  Stay tuned next week for how the Library First Olympiad will pan out!

This entry was posted in New Material. Bookmark the permalink.