Movie Showing at the Library

In honor of Dr. Seuss’s birthday on March 2, we will show a movie based on one of his books! We will also celebrate with some birthday treats.

Children grade 3 and up are welcome-younger children are welcome with a parent.

Children 1-4 years old are welcome with their parents

Valentine’s Day is on it’s way next week and the Valentine’s books have hit the shelves. The kids can read about their favorite characters and what happens to them on Valentine’s Day. We have Splat the Cat, Arthur, The Berenstain Bears, Curious George and many more favorites.

If you are looking for a good read for Valentine’s Day Amazon has compiled a list of 50 Great Love Stories, one for each state in the Union! Check out their list here. Many of the books are available at the Stromsburg Public Library.

We have two new books from some of the hottest names in romance fiction; Nora Roberts and Janet Evanovich available now at the library too. Don’t forget the DVD’s! Check out your favorite romantic comedy such as “Leap Year”, romantic tearjerkers like “Nights in Rodanthe” or “We Bought a Zoo”, a movie that will warm your heart.

Recently, the Stromsburg Public Library purchased some new interactive titles for our Children’s section. Each book comes with it’s own code so when you log onto the website www.av2books.com and enter the code, it opens the book you are holding in your hand! You then have the option of having the book read aloud to you, or you can choose to read the book online yourself.

Come check out these titles today!

Maybe your New Year’s resolution for 2013 went something like this, “I’m going to take time to read more this year!” With that thought in mind, you downloaded a book onto your brand new Kindle, dusted off your library card and headed to the library or picked up that book that’s been gathering dust on your bedside table for a year and started reading. Now, it’s the middle of January and your library book is overdue, your Kindle needs charged and the winter premieres of you favorite shows demanded more attention than your paperback. How do you get back on track?

One way to challenge yourself to read books is join a book club. A book club is a gathering of people who have all read the same book.  These gatherings can be as simple or complex as you make it. Some book clubs serve food and beverages, some don’t. Some take turns meeting in each other’s homes, some meet at a local restaurant or coffee shop. Or the local library, like the one that meets in our meeting room every third Tuesday of the month.

If you can’t make it to the library for our book club, maybe you’d like to start your own. You could start a book club at work with your coworkers and once a month discuss the book over lunch. Host a book club in your home or in your church.

The Nebraska Library Commission has many resources available for book clubs. Visit the “Resources for Book Club Groups” on the Commission’s web page by clicking here. This page has book club guides, links to blogs by other book clubs, and online webinars on how to start a book club.

Book club kits are available from the Nebraska Library Commission and from our local Northeast Library System. These kits contain numerous copies of a book so no one has to spend money to be a part of the book club. The Stromsburg Public Library can order these kits for you as well as submit Inter Library loan requests for additional books. We’d be glad to help you! A book club is a fun way of reading more in 2013.

Stromsburg Public Library strives to meet the needs of our patrons in any way that we are able. One way we do this is by providing access to free eBooks and audiobooks.

OverDrive is an online collection of audiobooks and eBooks available to patrons for check out. eBooks are compatible with most popular devices and many may be downloaded directly to the device without the use of the computer. Audiobook files must first be downloaded to the user’s computer before transferring to a compatible device.

I highly encourage you to visit the website http://nebraska.lib.overdrive.com. Browse the collections and see what is available. I especially like the “Lost in the Virtual Stacks” section. You never know what hidden gem you may find.

The “OverDrive Help” section has articles and videos that cover every device and how to use them in conjunction with OverDrive.  The videos are very detailed and literally take you through every step of the installation and use.

If you have any difficulties getting started with OverDrive, please stop by the library and we will be happy to assist you!

Are your children already bored with the holiday vacation? Nothing to do? Send them to the Stromsburg Public Library’s Vacation Story Time!

Snow and snowmen will be the theme of the story time held on Saturday, December 29, 2012 at 10:30 am. We will be reading stories, singing songs and having a fun time with different activities. Students in grades K-5 are welcome! 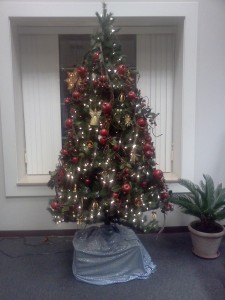 The library will be closed December 24, and December 25 to celebrate Christmas. We will reopen on December 26 with normal hours.

The library will be open New Year’s Eve, December 31, and closed New Year’s Day, January 31. We will reopen January 2, with normal hours.

Internationally acclaimed, award winning poet Kwame Dawes selects Stromsburg Public Library as one stop on his tour of 12 Nebraska libraries. Dawes, currently professor of English at the University of Nebraska and Glenna Luschei Editor-in-Chief of the Prairie Schooner, an international quarterly literary journal, will entertain the public with poetry reading Saturday, December 15, at 11 a.m.

Marianne Kunkel, managing editor of the Prairie Schooner and also a published poet, will accompany Dawes. A question and answer session will follow the readings.

Dawes and Kunkel will promote Prairie Schooner, giving an update on the push to attract more international submissions, creating a podcast for the publication, a blog, and a revamped website. A new project called “Fusion” is underway. This is a multimedia collaboration involving poets and artists from such far reaching places as Botswana, Australia and the Balkans.

Learning more about Nebraska and its residents is one of the reasons for the December tour. The tour gives him the opportunity to find out how Prairie Schooner can support Nebraska’s literary arts.

His fondness for the journal is expressed in his comment: “Prairie Schooner is one of Nebraska’s greatest and most enduring gifts to the world, and it has been giving America so much for 86 years. I want to find as many ways to remind the people of the state about what a treasure we have and to see if we can generate even more ownership and pride in the publication,”

Technology is changing how we live our daily lives. Many use some form of technology every day. If you didn’t grow up with technology or have never had a need to use it, you may be feeling a little lost sometimes. In response to this, the Stromsburg Public Library has begun to offer computer classes to interested parties.

We are offering two sessions on three consecutive Monday nights at 5:30 pm and 7:00 pm. The classes started on November 26th and will end on December 10 with a new set of classes slated to begin after the first of the year.

The 5:30 session has been focusing on learning the computer from the ground up. This class has been geared to those that say, “I can’t even turn a computer on!”. They have learned the vocabulary of using the computer as well as the basic parts of a computer. They have also begun doing simple internet searches and learning how that works.

The 7:00 session has been tailored to meet people’s needs. We had many requests to learn how to use Facebook and Microsoft Excel. Some other suggestions have been uploading pictures and learning how to use eBay.

If you are interested in further computer classes please stop by the library and let the librarians know where your interest lies. 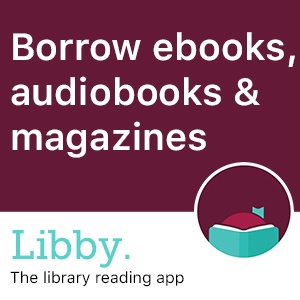 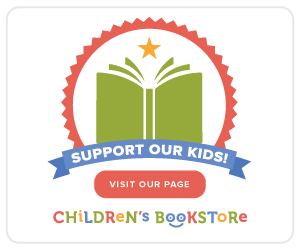