Events coming up in April, Mark Your Calendar!

The Palisade Public Library will be helping PBS with a Pre-Screening of Nostalgia for the Light, April 11, 2016 @ 5:30 pm.

Synopsis
Patricio Guzmán’s Nostalgia for the Light is a remarkable meditation on memory, history and eternity. Chile’s remote Atacama Desert, 10,000 feet above sea level, provides stunningly clear views of the heavens. But it also holds secrets from the past in its arid soil: human remains, from pre-Columbian mummies to the bones of political prisoners “disappeared” during the Pinochet dictatorship. In this otherworldly place, earthly and celestial quests meld: Archaeologists dig for ancient civilizations, women search for their loved ones and astronomers scan the skies for new galaxies. 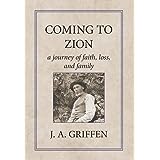 The Palisade Public Library is having an Author visit on April18, 2016 @ 5:30 pm.  J A Griffen is coming to talk about his new book Coming to Zion & sign any books you wish to purchase.  There will be snacks provided along with coffee & tea.  Hope you can all come, support your library & learn something new along the way.  A quick synopsis of his book follows.

Americans living in virgin wilderness in the first half of the nineteenth century became convinced that the kingdom of God prophesied in the book of Isaiah had finally come to pass. In celebration of the dawning of a new age they gathered in communal societies, built villages, and sought to live holy lives. Far less well-known than the Civil War, the idealism of this era is a fascinating and vital part of American history.

In the 1840s one of these communities sent missionaries to England. A young man named Jesse Griffen had his heart inflamed with the promise of a place in America called Zion. He was bright and full of idealism, and he believed that he would find the perfect society. What he found instead was more lasting.

This entry was posted in Uncategorized. Bookmark the permalink.