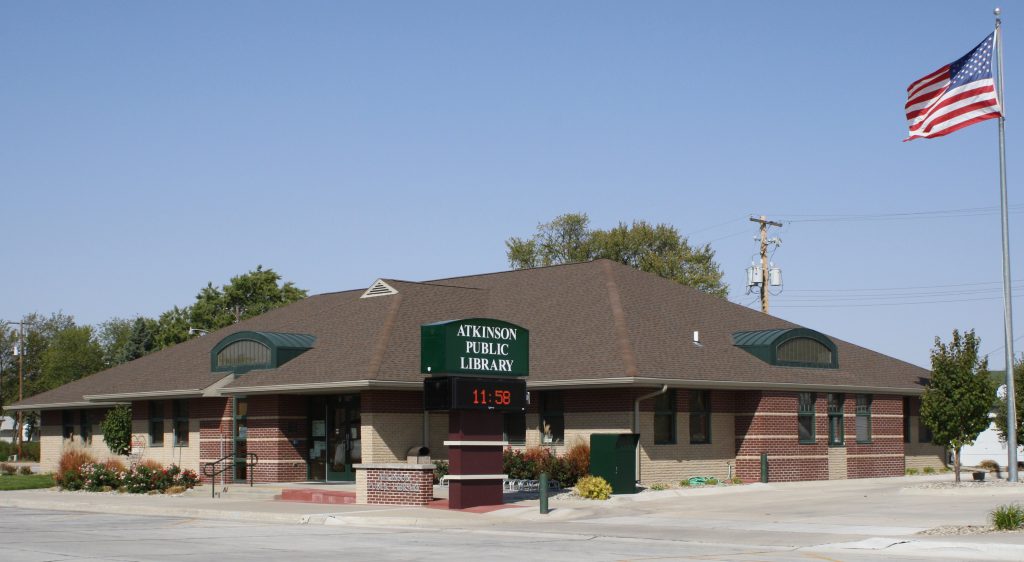 Take a Look Inside! 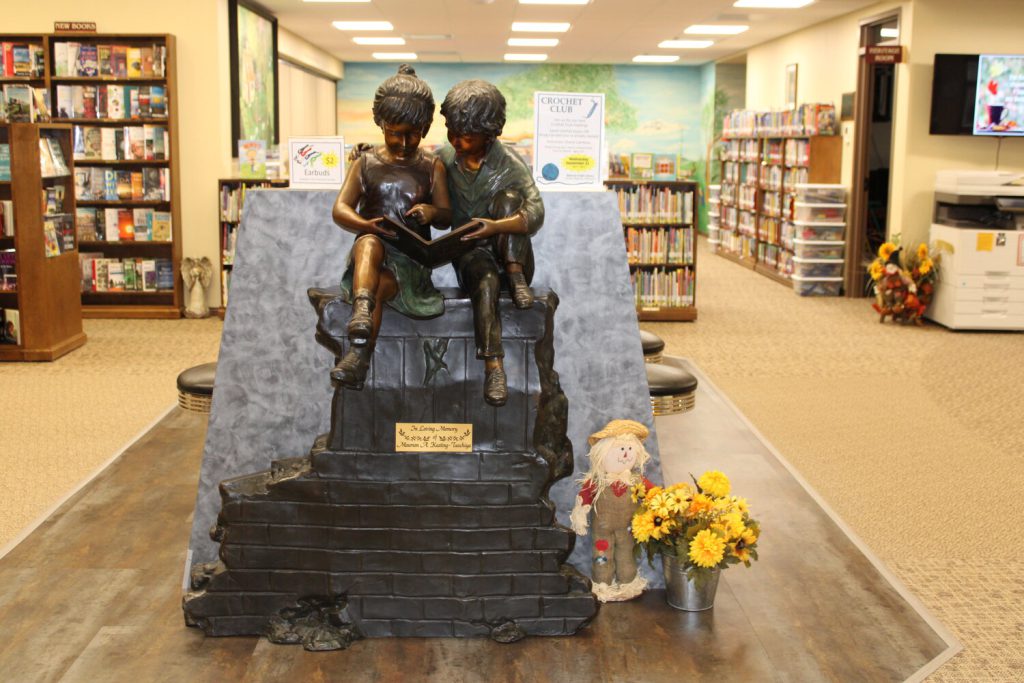 Circulation Desk with Drive Up Window 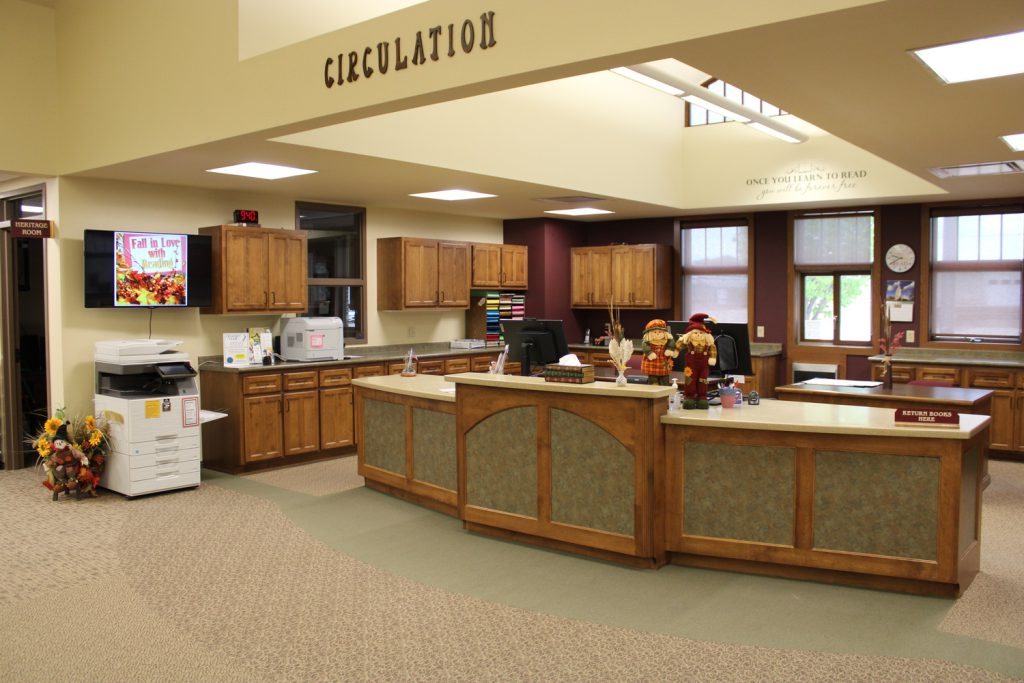 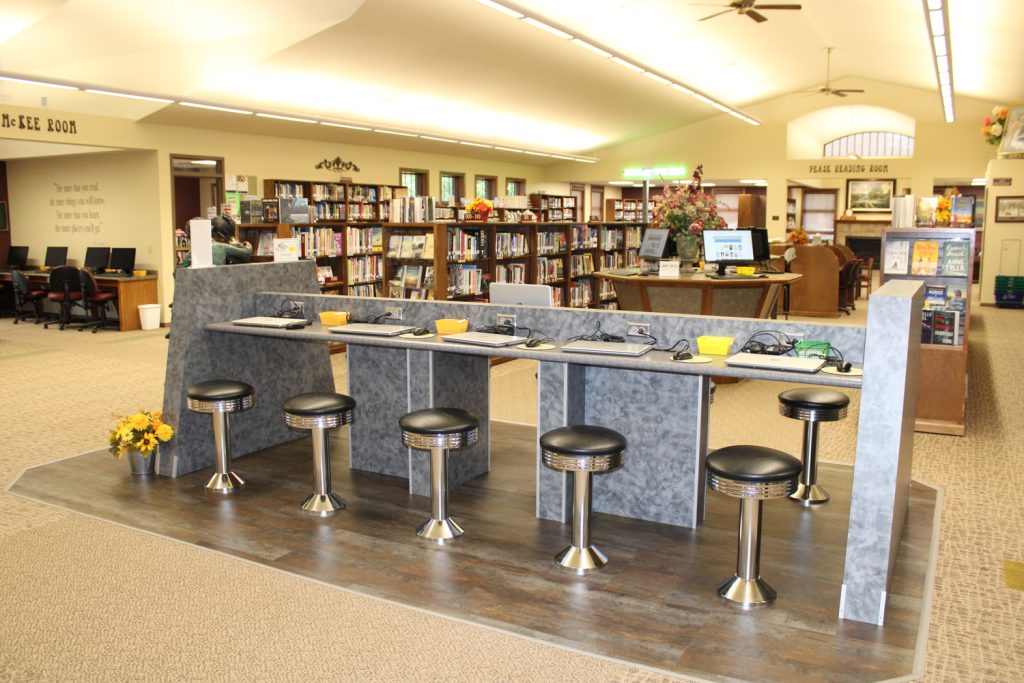 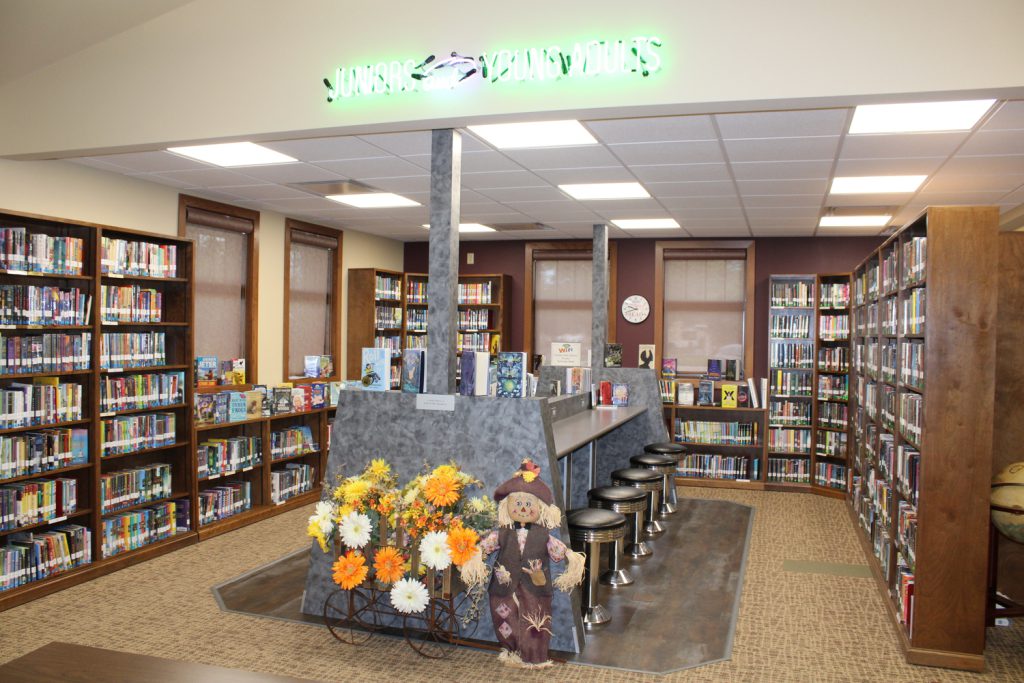 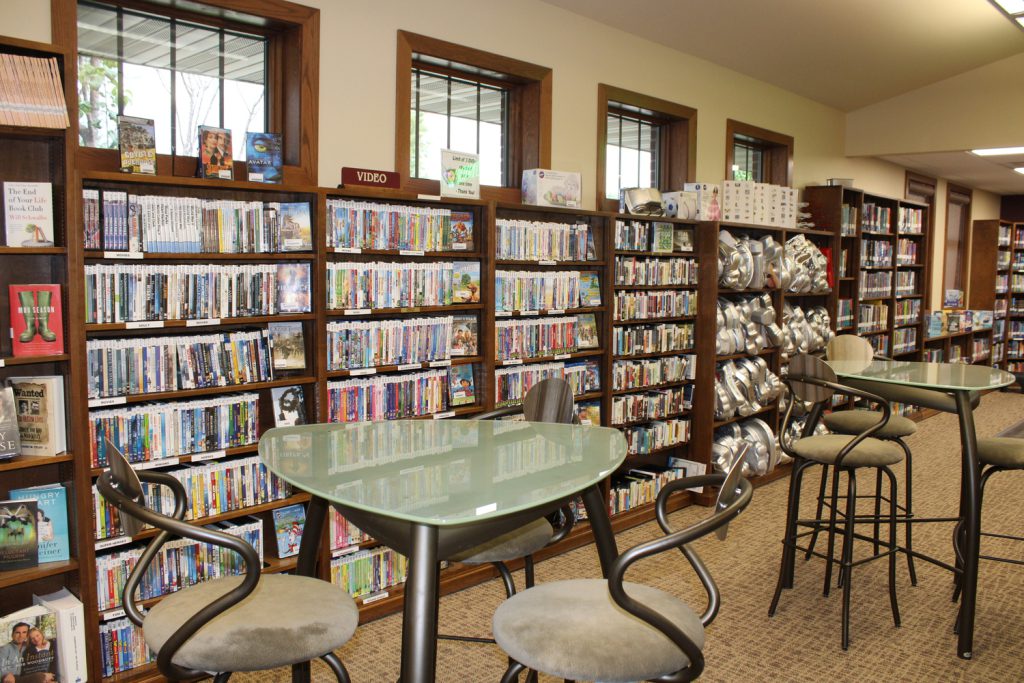 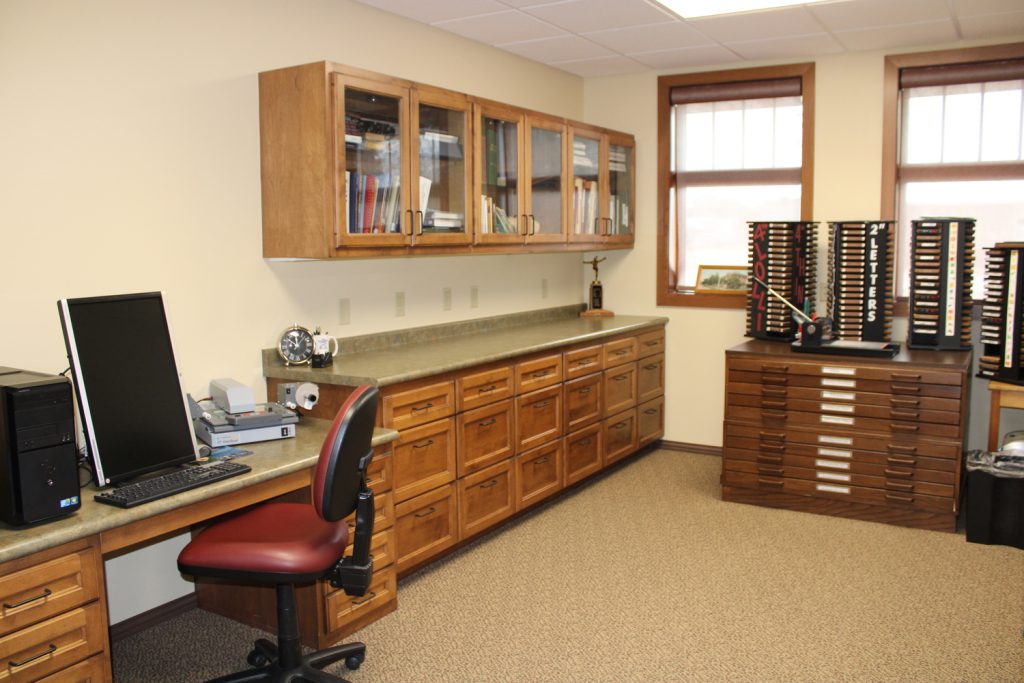 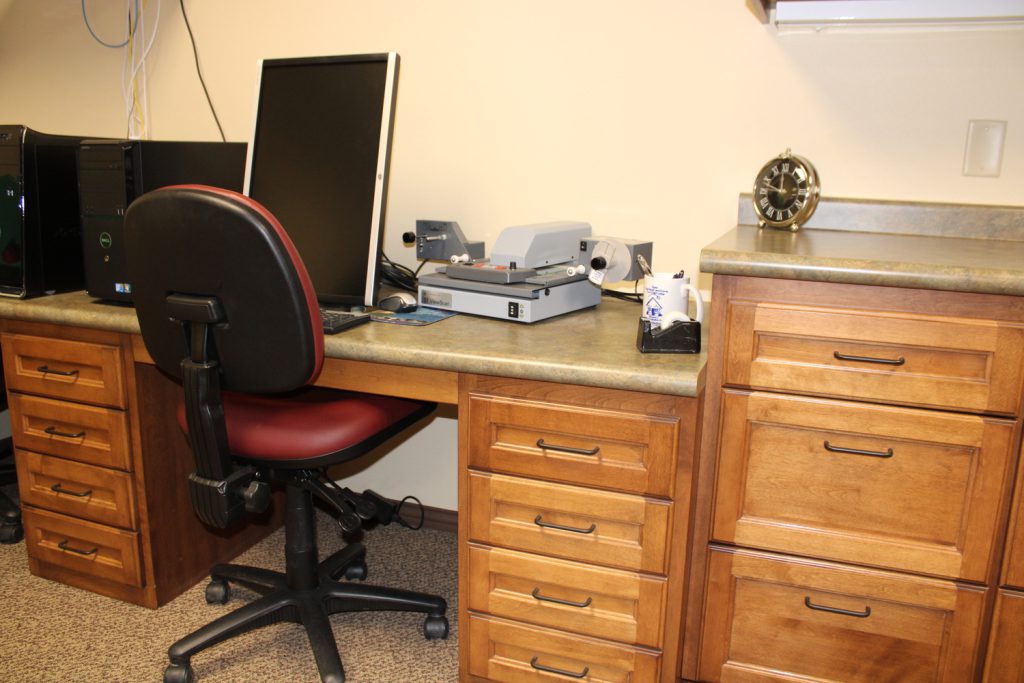 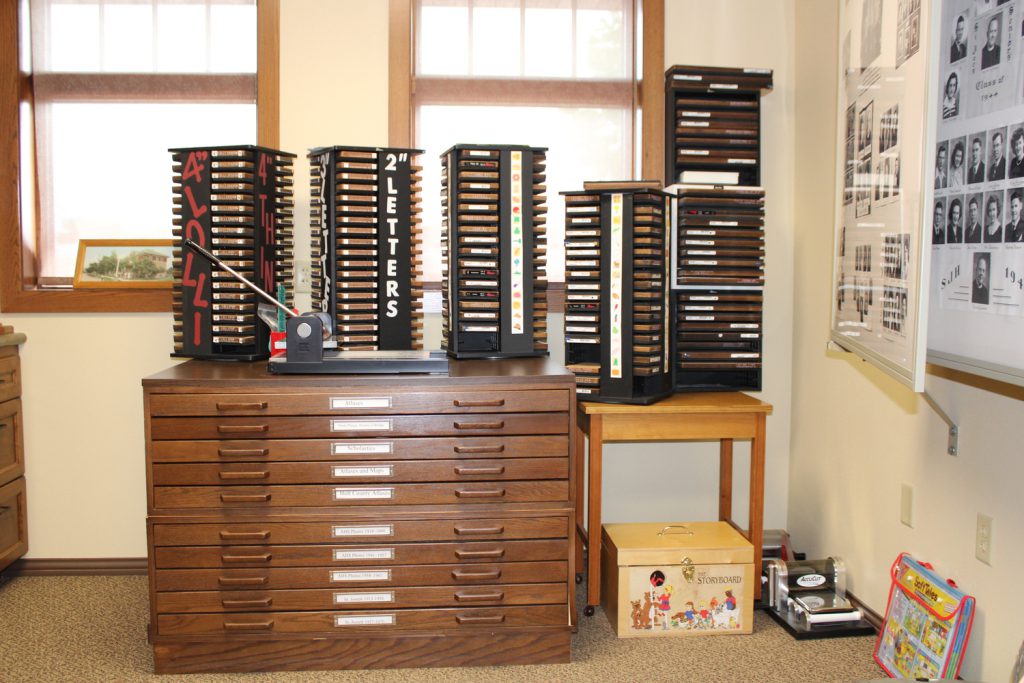 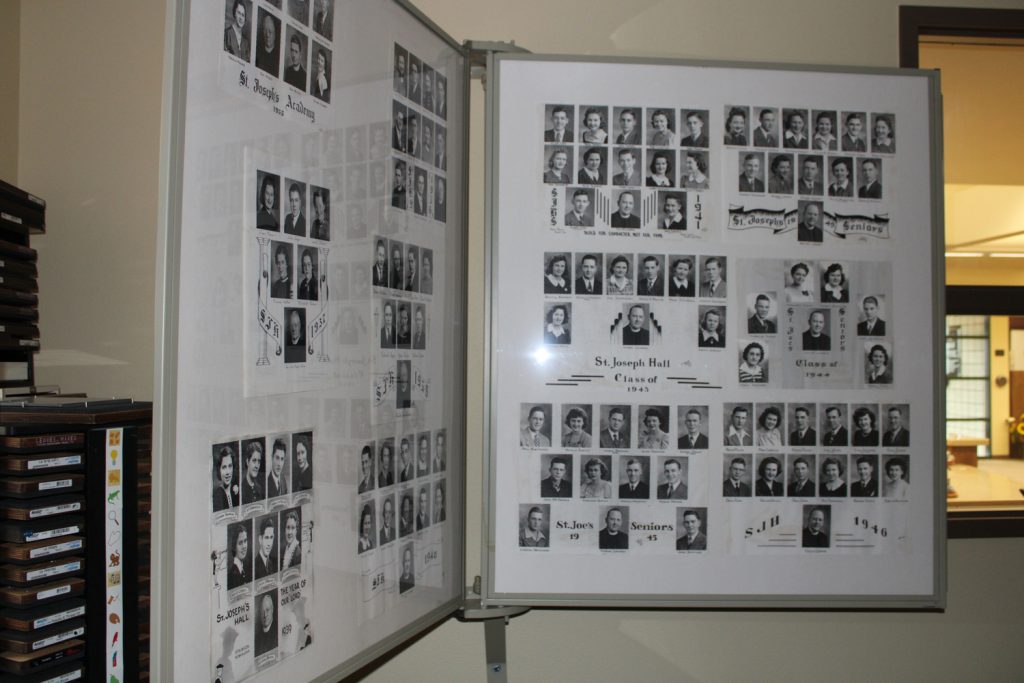 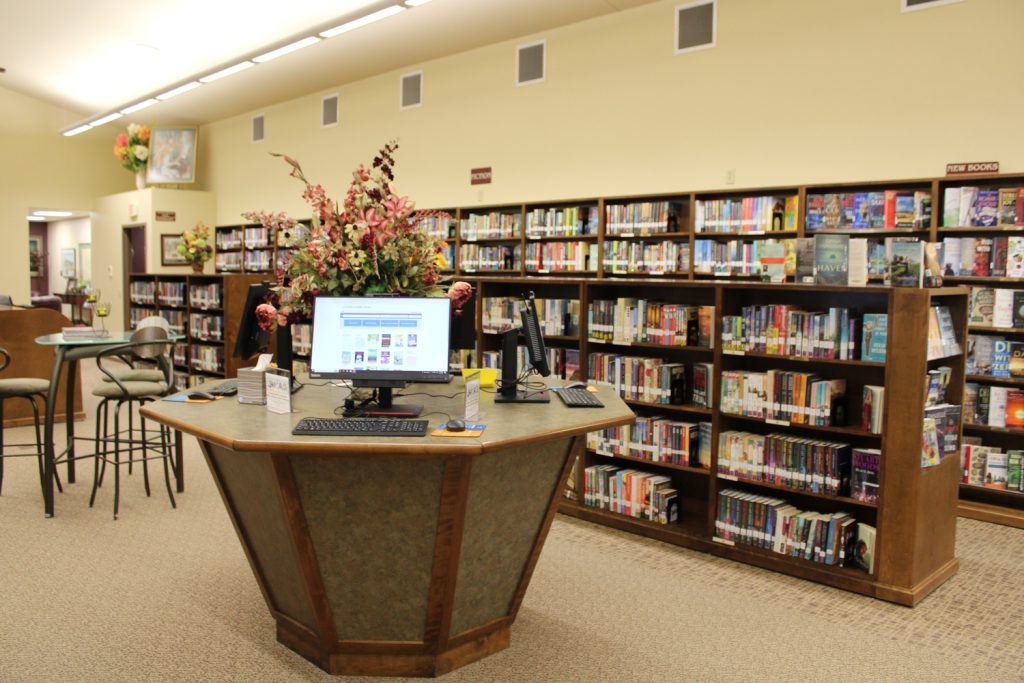 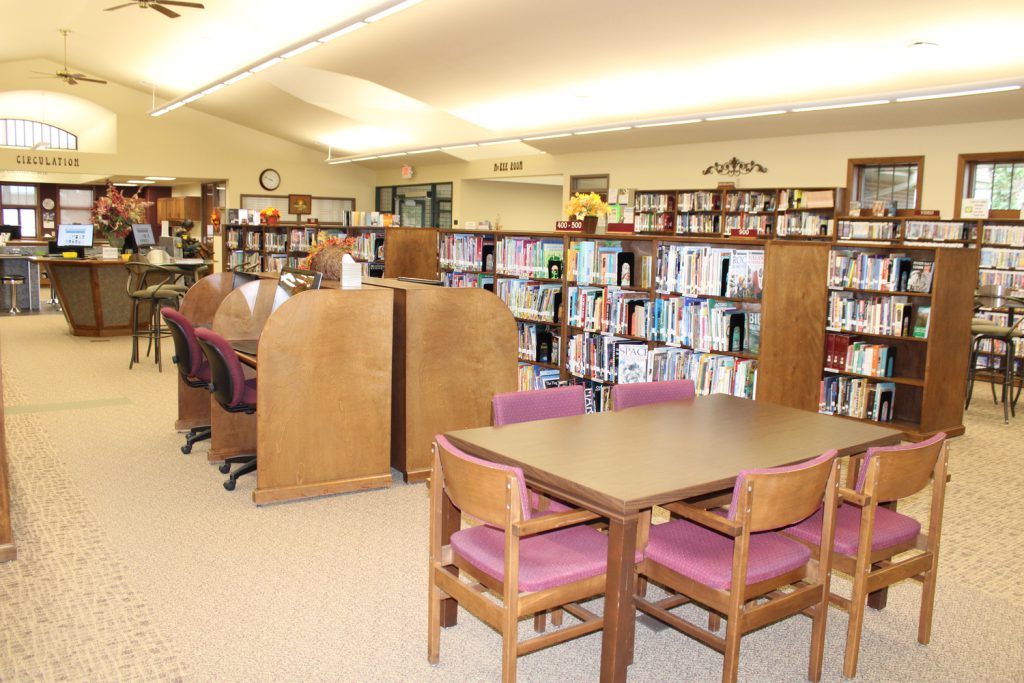 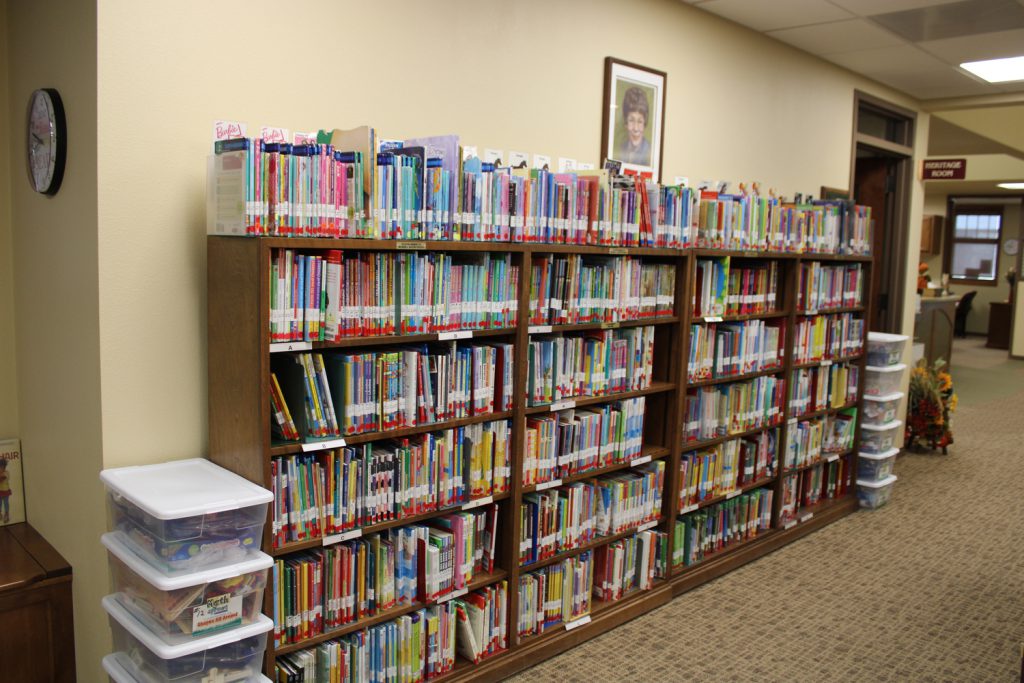 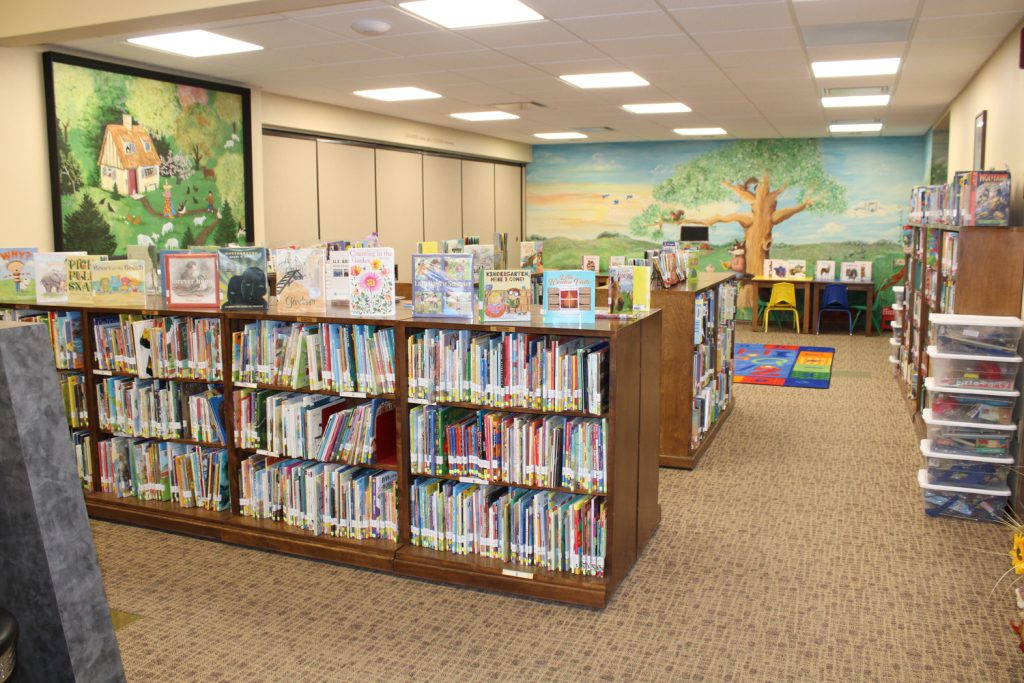 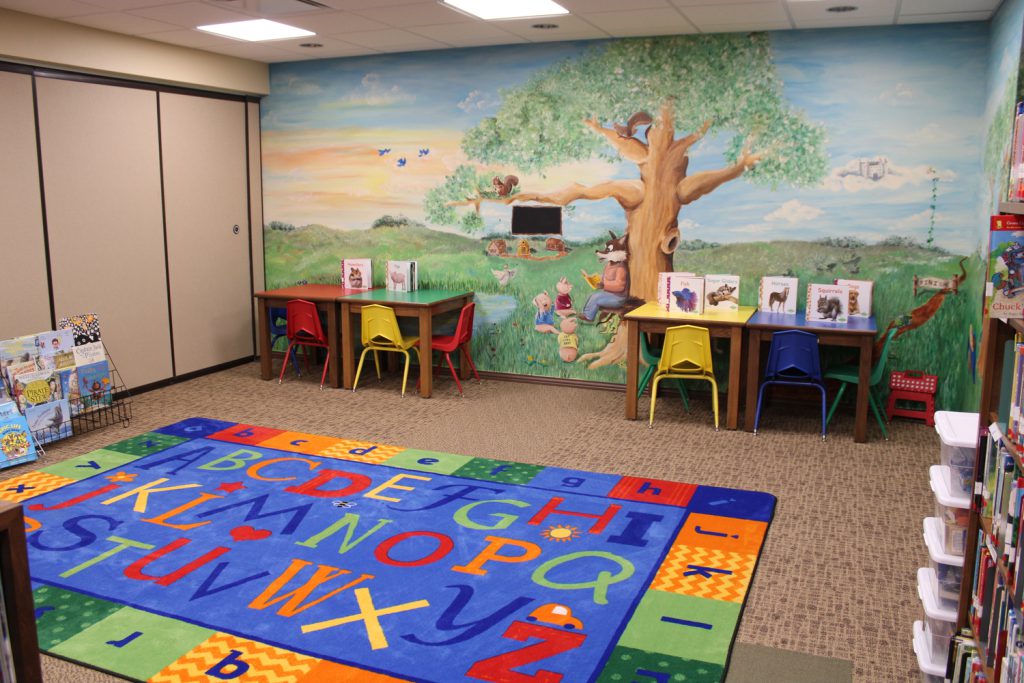 Lu Davis Children’s Room – Lu Davis (Doris Lucille Stansberry) was born and lived her entire life in the Atkinson area. After graduating from high school in 1932, she taught in one-room schools for three years. She married Donald R. “Bub” Davis and had two sons, Roger and Philip. In 1949, she went to work at the Atkinson Public Library where she spent the next 43 years as a librarian. Her willingness to go the extra mile in providing service and her special gift of remembering each child’s name is her legacy. Lu’s constant giving of herself, with warmth, love and care for all people, made our community a better place. Lu passed away on July 5, 2002. 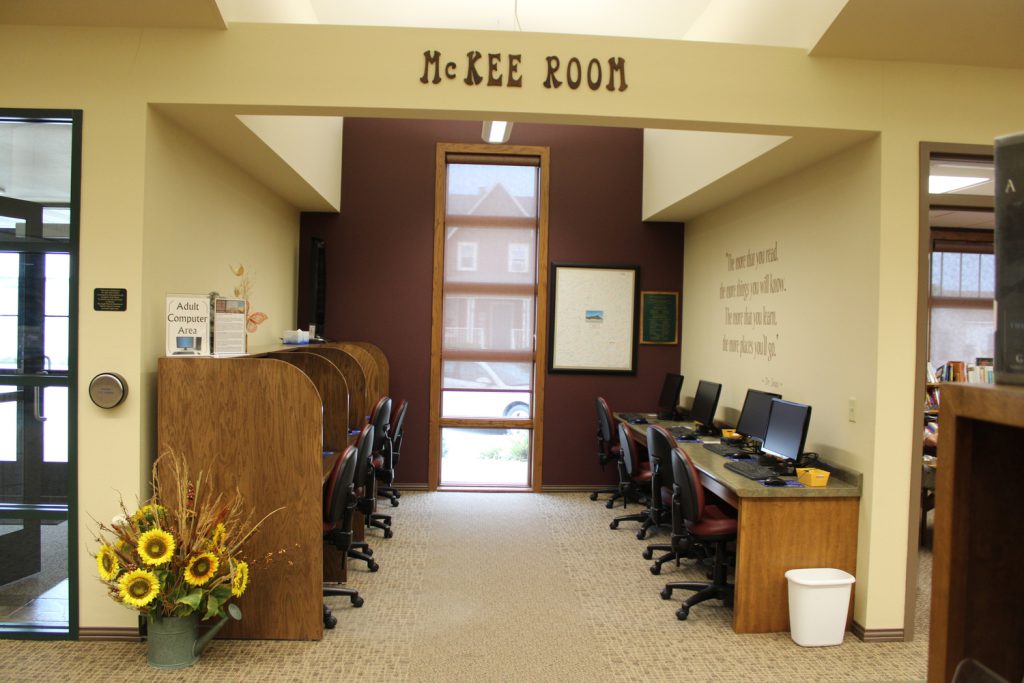 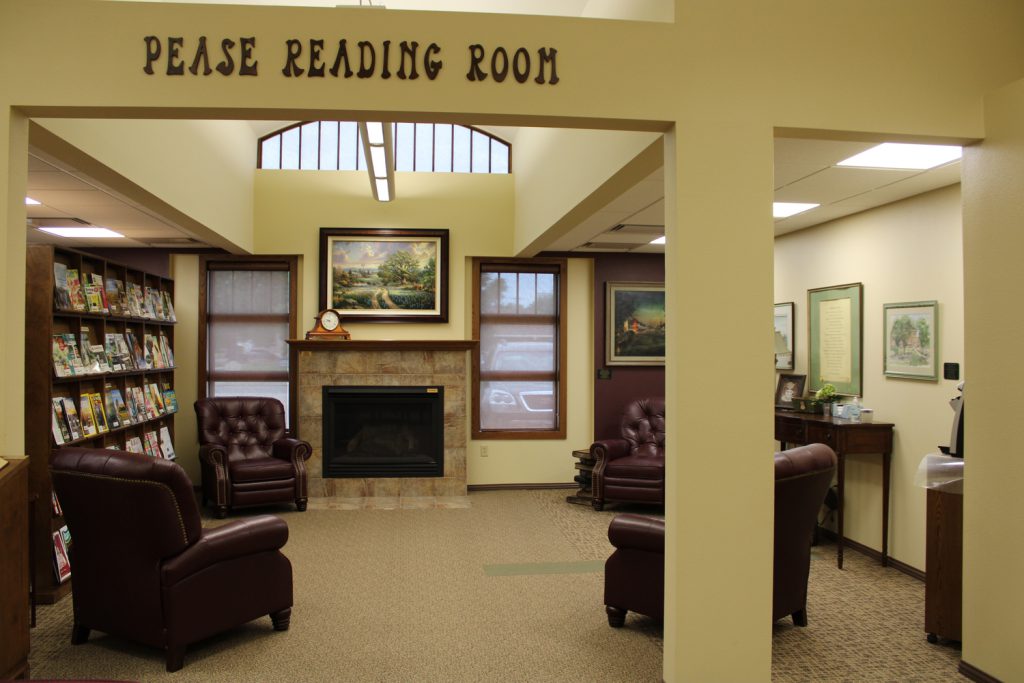 Pease Reading Room – Raymond Pease (1907-1983) and Blanche Spann Pease (1900-1976) lived their entire lives in the Atkinson area. They ranched in the Celia Community north of Atkinson. They had one child, Robert (1927-1999), who never married. He continued to operate the family ranch after his parents’ deaths. Robert served his country in the U.S. Army in Korea during the Korean War. Blanche made the Pease name famous through her astounding success as a writer. Though untrained, she had a career that spanned 47 years writing human interest pieces for publications including the New York Times, Denver Post, Christian Science Monitor , Boston Post, Parents Magazine and many others. She wrote regular newspaper columns for several decades: “Mrs. Atkinson Farmer” and “Lines from the Little House” for the Omaha World Herald, “Kitchen Nuggets” for the Norfolk Daily News, “Daughter of Nebraska” for Nebraska Farmer, and “The Kitchen Korner” for the Atkinson Graphic. 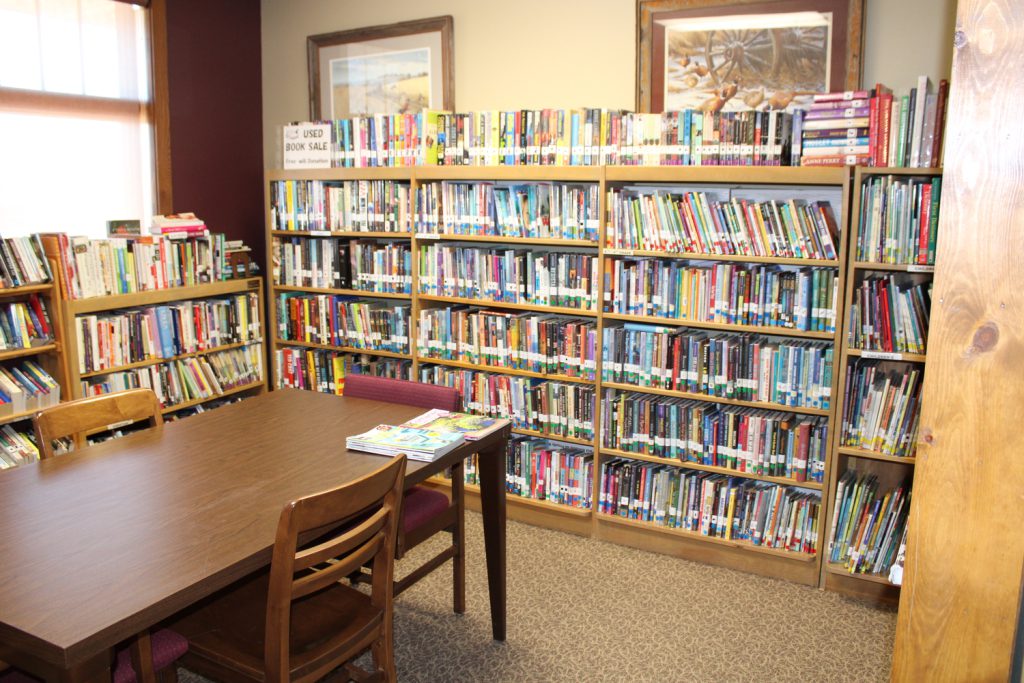 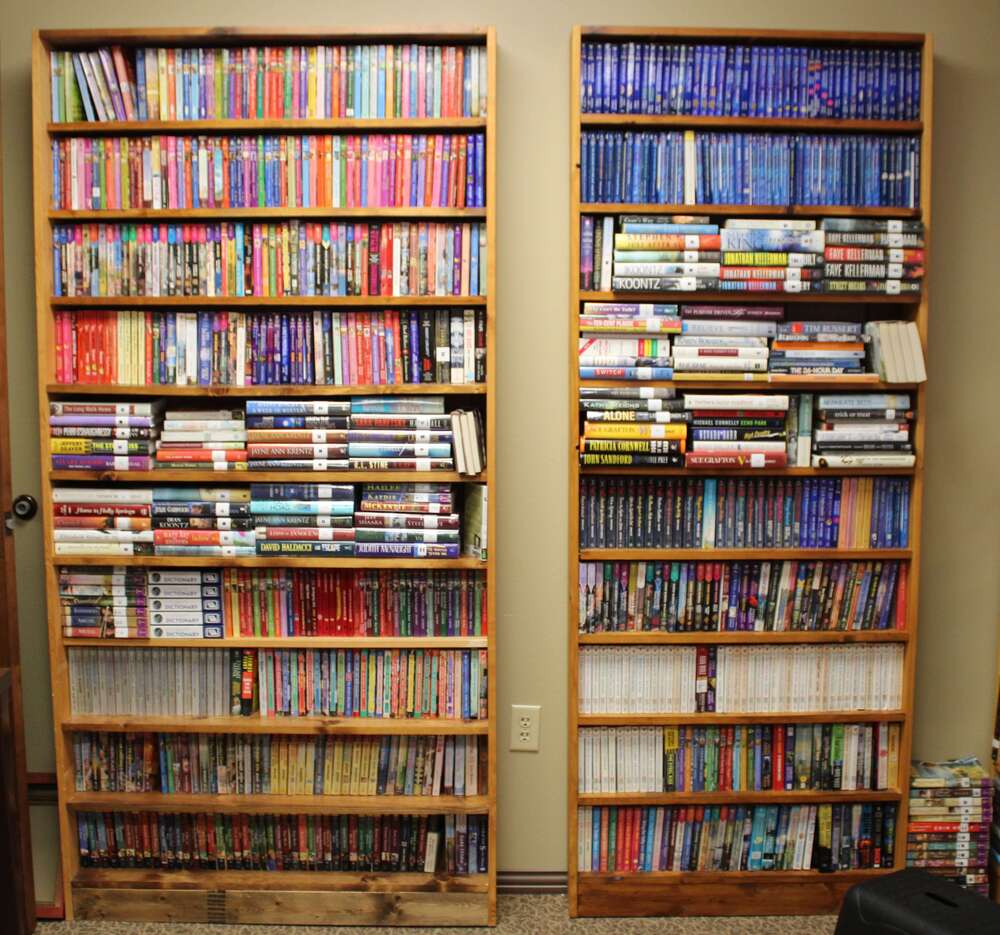