Congratulations to Stella Sudbeck, daughter of Doug and Rachelle Sudbeck, Hartington who just completed the “1000 Books Before Kindergarten” program.

Stella was awarded a medal and certificate, a prize and a free book from the library for her reading accomplishment. Stella is regular visitor who loves books about ponies, her favorite book to checkout is ”Every Cowgirl Goes to School.” She also likes to come to the library because, “there are some many books you get to take ho…me and read.” Stella will be attending kindergarten at HNPS in the fall of 2017.

This program was launched to instill the love of reading, get children ready for school, and to encourage more parent/child visits to the library. Books are logged and prizes are awarded along the way. One of the best ways to encourage pre-reading skills is to spend time sharing books each and every day! Reading provides a solid foundation, a key to school and learning success. When you, as a parent, read to your child, you help him or her develop the skills they will need to learn to read by themselves.

If you are interested in learning more about this reading adventure for your child, please stop by or call the Hartington Public

The Hartington Public Library would like to thank the Farm Credit Services of America, Yankton for the Agriculture Book donation to our library
in honor of their 100 years in service! 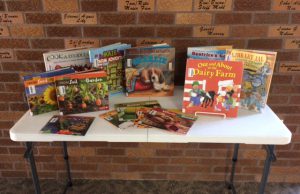 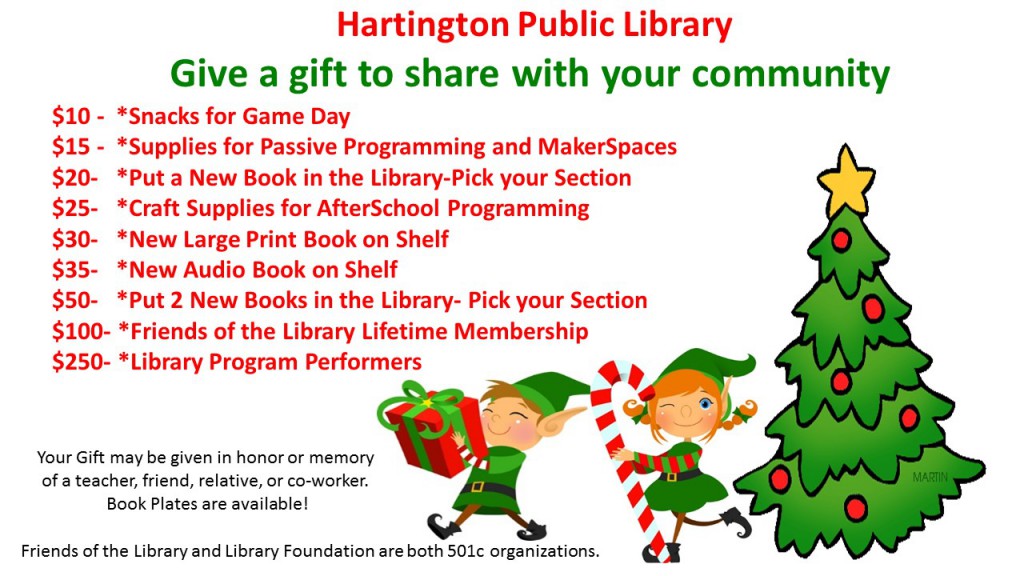 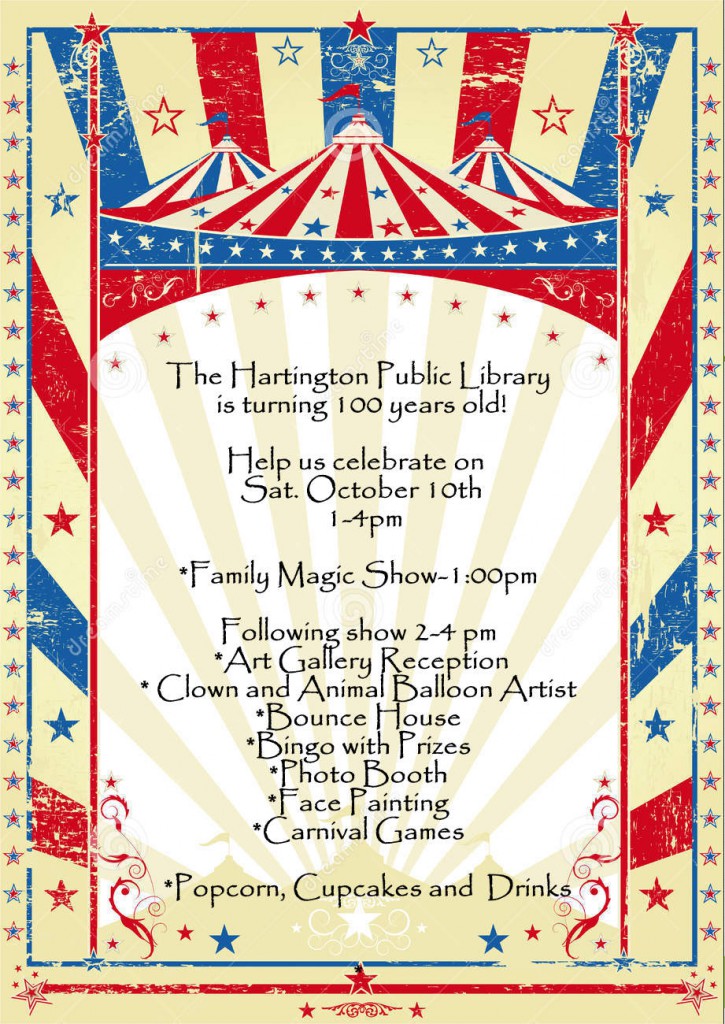 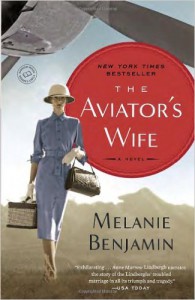 For much of her life, Anne Morrow, the shy daughter of the U.S. ambassador to Mexico, has stood in the shadows of those around her, including her millionaire father and vibrant older sister, who often steals the spotlight. Then Anne, a college senior with hidden literary aspirations, travels to Mexico City to spend Christmas with her family. There she meets Colonel Charles Lindbergh, fresh off his celebrated 1927 solo flight across the Atlantic. Enthralled by Charles’s assurance and fame, Anne is certain the celebrated aviator has scarcely noticed her. But she is wrong.

Charles sees in Anne a kindred spirit, a fellow adventurer, and her world will be changed forever. The two marry in a headline-making wedding. Hounded by adoring crowds and hunted by an insatiable press, Charles shields himself and his new bride from prying eyes, leaving Anne to feel her life falling back into the shadows. In the years that follow, despite her own major achievements—she becomes the first licensed female glider pilot in the United States—Anne is viewed merely as the aviator’s wife. The fairy-tale life she once longed for will bring heartbreak and hardships, ultimately pushing her to reconcile her need for love and her desire for independence, and to embrace, at last, life’s infinite possibilities for change and happiness.
The Aviator’s Wife is a vividly imagined novel of a complicated marriage—revealing both its dizzying highs and its devastating lows. With stunning power and grace, Melanie Benjamin provides new insight into what made this remarkable relationship endure.