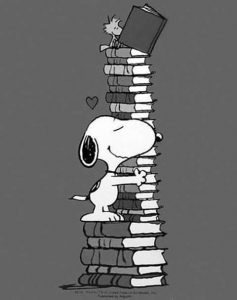 Hey, everyone! We’ve had some beautiful weather, haven’t we?! And some not-so beautiful weather. Mother Nature can’t seem to make up her mind from one day to the next! Hopefully it’ll be nothing but clear skies and sunshine here soon!

Our weekly Wednesday clubs are doing great! In March, we had SEVEN at Chess, two at Writing, TEN at Board Game Night, and EIGHT came to the brainstorm-a-new-club/craft day. This month, we had SIX patrons come to chess, and someone finally beat me! It was a very good, very intense game, and I shook their hand afterwards. I hope that the next Chess Club will be just as entertaining and suspenseful!! We hope to start having tournaments amongst ourselves soon, and maybe someday soon we’ll have a town-wide chess tournament for anyone and everyone!

At the brainstorm/craft day, we made our own monsters/creature bags and thought up ideas for a new club, and then they voted for the ones they liked. We will now be having Gym Day! It’ll be a day to just play in the auditorium, whether it be games or sports or just running about, and our first one is THIS Wednesday, April 17th. We may vote on what to do and/or play some games as a group. Hopefully it all goes well!

Next month, on May 18th, we will finally be having our Dr. Seuss party! It will be to

celebrate the Start of Summer/End of School instead of his birthday, and will no longer be a pajama party, since it’ll be later on in the year. It will still be on a Saturday (the 18th), from 1:00 pm – 3:00 pm, in the Snyder Auditorium. We will be having multiple story times, games, crafts, and snacks for everybody to enjoy! There will also be goodie bags for the kids! And I am going to try making green deviled eggs for Green Eggs and Ham! Wish me luck!

It’ll be time to start prepping for the Summer Reading Program sooner than we think! This summer’s theme is space, with the motto being ‘A Universe of Stories.’ We’re going to be learning all about space: the space station, the planets, the stars, aliens and robots, spacecraft, and so much more! We’ll also be doing STEAM (Science, Technology, Engineering, Art, and Mathematics) crafts and experiments! It’s going to be so much fun!! I’ll be sending out letters asking for donations, planning out the programs, picking out the books, buying supplies, and all kinds of stuff within the next month!

In the meantime, I have a similar request of our patrons and community that I had last year: if you have stuff around the house that you don’t use (such as toilet paper tubes, loose beads, little rocks and shells, little boxes, stickers, paperclips, clean popsicle sticks, toothpicks, cotton balls, foil, craft corks, small washers, nuts, screws, springs, etc, discarded/broken jewelry, anything you can think of!) that could be used to make little robots, alien houses, spaceships, and other assorted crafts that we will be doing, please consider bringing it all to the library instead of throwing it away! We will be using the materials for this summer and for future events! 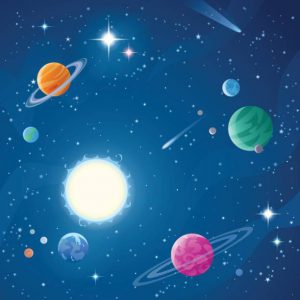 Thank you so much!!

This is Liz the Librarian, signing off.

This entry was posted in New Material, News. Bookmark the permalink.