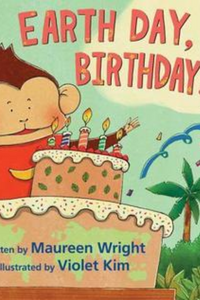 When Monkey proclaims that it is his birthday, all the other jungle animals protest, claiming instead that it is Earth Day and telling Monkey what he should do to honor this special day. 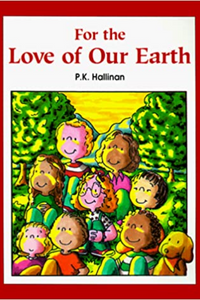 P.K. Hallinan shows children cooperating to help rescue Earth from mankind’s mistakes of the past so that youngsters can see that their own efforts can make a difference in the world. 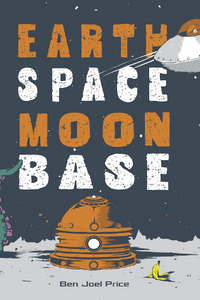 Outer space, a moon base, and . . . bananas? A spaceman, a robot, and a cheeky monkey use a most unusual method to protect Earth from hungry, googly-eyed moon aliens. 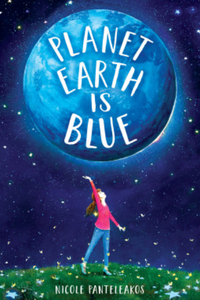 Twelve-year-old Nova is eagerly awaiting the launch of the space shuttle Challenger. Nova and her big sister, Bridget, share a love of astronomy and the space program. They planned to watch the launch together. But Bridget has disappeared, and Nova is in a new foster home. But every day, she’s counting down to the launch, and to the moment when she’ll see Bridget again. Because Bridget said, “No matter what, I’ll be there. I promise.” 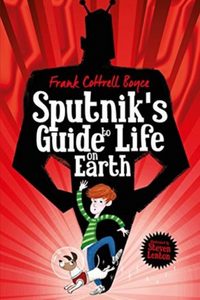 The Blythes are a warm, rambunctious family who live on a farm and foster children. Prez has come to live with them. But one day Prez answers the door to someone claiming to be his relative. This small, loud stranger carries a backpack, and goes by the name of Sputnik. It seems his family all think Sputnik is a dog. It’s only Prez who thinks otherwise. But Prez soon finds himself defending the family from the chaos unleashed by Sputnik. 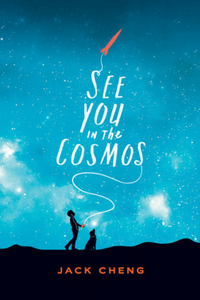 Alex Petroski loves space and rockets, his mom, his brother, and his dog Carl Sagan–named for his hero, the real-life astronomer. All he wants is to launch his golden iPod into space the way Carl Sagan (the man, not the dog) launched his Golden Record on the Voyager spacecraft in 1977. From Colorado to New Mexico, Las Vegas to L.A., Alex records a journey on his iPod to show other lifeforms what life on earth, his earth, is like. 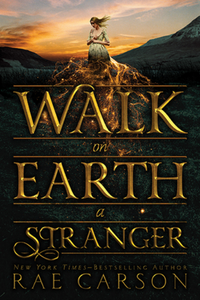 Lee Westfall has a secret. She can sense the presence of gold in the world around her. Veins deep beneath the earth, pebbles in the river, nuggets dug up from the forest floor. The buzz of gold means warmth and life and home–until everything is ripped away by a man who wants to control her. Left with nothing, Lee disguises herself as a boy and takes to the trail across the country. Gold was discovered in California, and where else could such a magical girl find herself, find safety? 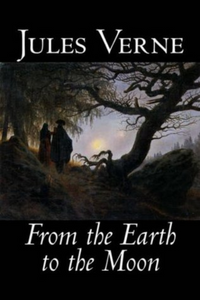 When the members of the elite Baltimore Gun Club find themselves lacking any urgent assignments at the close of the Civil War, their president, Impey Barbicane, proposes that they build a gun big enough to launch a rocket to the moon. But when Barbicane’s adversary places a huge wager that the project will fail and a daring volunteer elevates the mission to a “manned” flight, one man’s dream turns into an international space race. 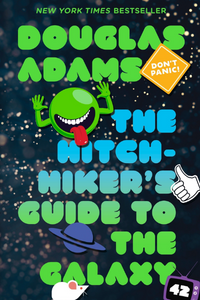 It’s an ordinary Thursday morning for Arthur Dent . . . until his house gets demolished. The Earth follows shortly after to make way for a new hyperspace express route, and Arthur’s best friend has just announced that he’s an alien. After that, things get much, much worse. With just a towel, a small yellow fish, and a book, Arthur has to navigate through a very hostile universe in the company of a gang of unreliable aliens. Luckily, he’s got The Hitchhiker’s Guide to the Galaxy. 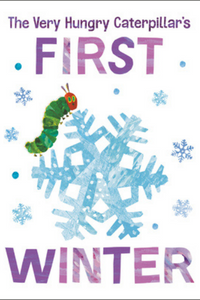 Welcome winter with The Very Hungry Caterpillar and his friends in this sensory exploration of the season. Discover the very best of this time of year- snowy days full of play, the sounds of birds chirping atop a snowman, the smell of cookies fresh from the oven, and so much more! 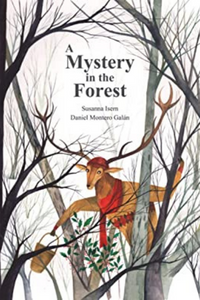 One morning like any other, Deer starts his daily route, but someone seems to have already done it. Worried, Deer decides to go home, and what a surprise! The house is turned upside down and… someone has stolen his precious Secret Recipe Book! Do you dare to discover this great mystery? 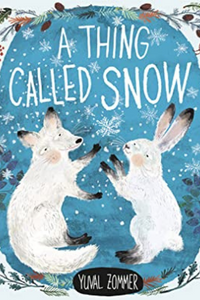 Fox and Hare were born in the spring, but the seasons are changing and they hear snow is on the way. “What is snow like?” they ask all the forest animals, and each gives a different answer (“Snow is white, like your fur.”). But their questions are soon answered when thick, fluffy flakes start to fall. SNOW! 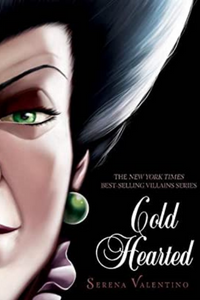 Lady Tremaine, widowed and raising two headstrong girls alone, finds herself falling for a dashing knight from a far-off land who is looking for a stepmother for his own young daughter. But stepmothers in the Many Kingdoms never tend to fare well…and Lady Tremaine may be destined for a not-so-happily ever after. 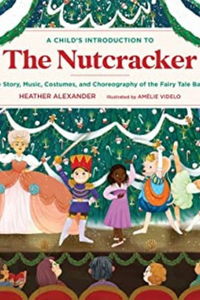 The Nutcracker is one of the world’s most beloved and recognizable ballets. This wonderful book introduces children to the story of the ballet, its history, the music and choreography, as well as all of the characters from Clara and the Prince to the Mouse King and the Snow Queen. 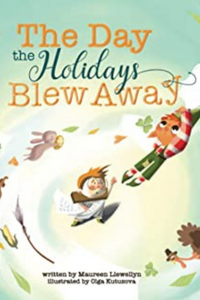 Les the Leprechaun finds himself in the ultimate predicament when Calendar encounters a horrific wind that blows the months away! Les discovers St. Patrick’s Day is lost so he sets out to find it but instead stumbles upon holiday after holiday that is not St. Patrick’s Day! 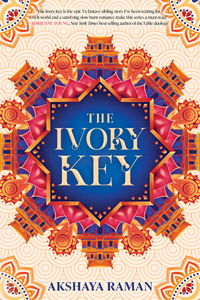 Magic, a prized resource, is the only thing between peace and war. When magic runs out, four estranged royal siblings must find a new source before their country is swallowed by invading forces. Vira can barely protect her citizens from the looming threat of war. Vira’s and her siblings only hope is to find a mysterious object of legend: the Ivory Key, rumored to unlock a new source of magic. 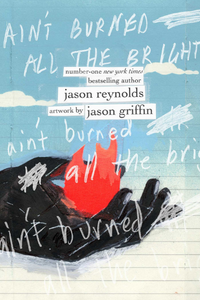 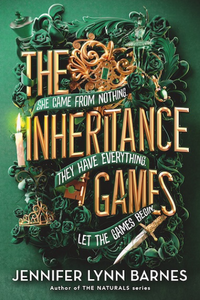 Avery Grambs has a plan for a better future: survive high school, win a scholarship, and get out. But her fortunes change in an instant when billionaire Tobias Hawthorne dies and leaves Avery his entire fortune. The catch? Avery has no idea who Tobias Hawthorne is. To receive her inheritance, Avery must move into sprawling, secret passage-filled Hawthorne House, where every room bears the old man’s touch–and his love of puzzles, riddles, and codes. 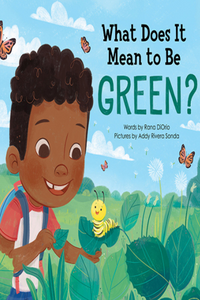 What does it really mean to be green? The answers might surprise you! From turning off the water while you brush your teeth to walking to the park instead of driving, there are all kinds of things kids can do to help keep the earth clean and healthy! With lots of amazing facts and helpful tips, readers will learn all about how their small choices can make a big difference—kids can change the world! 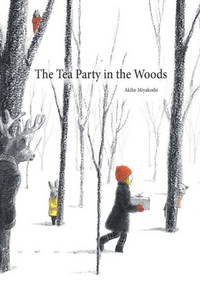 Kikko sets out after her father with a forgotten pie for Grandma. When she arrives at a strange house in the wintry woods, a peek in the window reveals that the footprints Kikko had been following did not belong to her father at all, but to a bear in a long coat and hat! 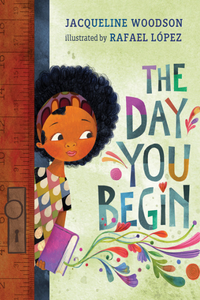 There will be times when you walk into a room
and no one there is quite like you. There are many reasons to feel different. Maybe it’s how you look or talk, or where you’re from; maybe it’s what you eat, or something just as random. It’s not easy to take those first steps into a place where nobody really knows you yet, but somehow you do it.

Harvey Hill just wants other kids to think he’s normal. So he’s happy to start fresh as the newest kid at Strangeville Middle School. Except Strangeville is anything but normal. At least Harvey has his guide and sort-of new friend Stella Cho to show him the ropes. Stella shows Harvey that maybe “normal” is overrated. But when Stella goes missing, Harvey must embrace what makes him unique to save his new friend and his new school. 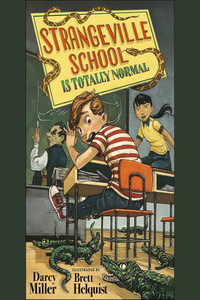 Eleven-year-old Willodeen adores creatures of all kinds, and believes the animals serve a vital role in the complicated web of nature. Lately, though, nature has seemed angry. Her home has been cursed with fires and mudslides, and this year, not a single hummingbear has returned and no one knows why. Willodeen and her new friend, Connor, are determined to speak up for the animals she loves, and perhaps even uncover the answer to the mystery of the missing hummingbears. 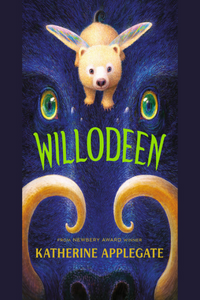 Sixth grader Betsy informs her best friend, Lizard, that thousands of the world’s languages are currently threatened by extinction. Lizard challenges Betsy, “What if you and I SAVED one?” As the girls embark on their quest to learn as much as possible of the near-extinct language of Guernesiais (spoken on the Isle of Guernsey, off the coast of France), their friendship faces unexpected strains. Maybe lost friendships, like lost languages, can never be completely saved. 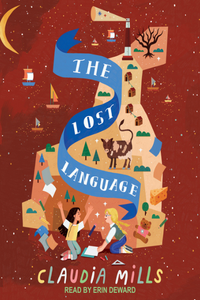 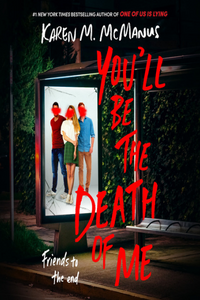 Ivy, Mateo, and Cal used to be close. Now all they have in common is Carlton High and the beginning of a very bad day. So when the three unexpectedly run into each other, they decide to avoid their problems by ditching. Just the three of them, like old times. Except they’ve barely left the parking lot before they run out of things to say until they spot another student skipping school—and follow him to the scene of his own murder. It turns out Ivy, Mateo, and Cal still have some things in common like a connection to the dead kid. And they’re all hiding something. 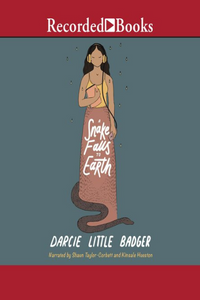 Nina is a Lipan girl in our world. She’s always felt there was something more out there. She still believes in the old stories. Oli is a cottonmouth kid, from the land of spirits and monsters. Like all cottonmouths, he’s been cast from home. He’s found a new one on the banks of the bottomless lake. Nina and Oli have no idea the other exists. But a catastrophic event on Earth will drive their worlds together in ways they haven’t been in centuries. 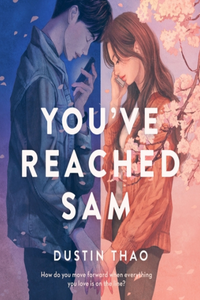 Seventeen-year-old Julie Clarke has her future all planned out—move out of her small town with her boyfriend Sam, and attend college in the city. But then Sam dies. Heartbroken, Julie skips his funeral, throws out his belongings, and tries everything to forget him. But a message Sam left behind in her yearbook forces memories to return. Desperate to hear him one more time, Julie calls Sam’s cell phone just to listen to his voice mail recording. And Sam picks up the phone. The connection is temporary. But hearing Sam’s voice makes Julie fall for him all over again and with each call, it becomes harder to let him go.