Do you have a reluctant reader in your life?  Someone who gets intimidated by all of the PRINT in chapter books?  The following are a few books that deal with some heavier topics but do it in a succinct and powerful way that will have readers coming back for more! 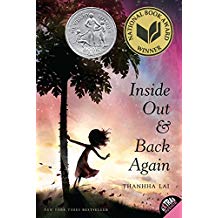 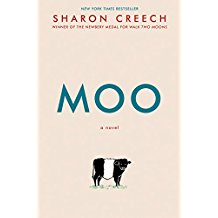 Well, I have avoided it long enough.  It was necessary to read some teen fiction so I would have something to recommend. Don’t get me wrong. There are some very talented young adult writers; however, the genre seems to be in a “dark and dystopian” frame of “mind”. It just isn’t where I want to spend a lot of my time. Fortunately, I had some lovely folks recommend these books or authors to me, so I was able to pick up a few reads to pass along…. 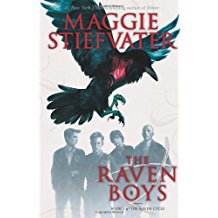 The best fantasy novel I have read all Summer (adult included).  Psychics, ley lines, and a hunt for a missing king.  I am a sucker for a good “treasure” hunt and this delivered.  It is a mystery/gothic romance and the first in a series so there will be more fun in the future. Thanks Mrs. D. for the rec.

“Imperfect Spiral” is a story of grief and guilt following a terrible accident and the scapegoating of “others”.  When a young boy is killed walking home from the park, a community plays the “blame game” and a young girl tries to deal with her own feelings of guilt and grief while deciding how involved she will become in the political aftermath. Thanks to Taylor for the recommendation (actually she gave me a two page list of books to read and this was one of them).

The rich and middle class live in a compound to protect them from the monsters that roam the earth following a catastrophe that changed the earth’s social structures.  Hunters track down and kill the monsters trying to break into the compound and have a huge, ranked social media presence. The monsters are getting smarter and the hunters fewer. Suddenly, the hunters realize they may be fighting more than monsters…..Thanks to Jaida for the rec.

Amy’s father died in a car wreck. Her mother moved from California to the East Coast, leaving Amy to come after the school year finished.  Amy’s brother is in rehab. Now she must travel cross country with a young man she doesn’t know.

Roger’s girlfriend dumped him with no warning. His mother’s old friend wants him to drive a young girl across the country.  She didn’t mention the reason Amy doesn’t drive anymore….

A melancholy look at two souls dealing with different types of loss and grief and the friendship and romance that result.  Morgan Matson knows how to write a good book!

“Heartless”.  The Queen of Hearts lost her heart.  This is the tale of how that happened and why this book couldn’t have a happy ending. It is very atmospheric. The first part was a 5

read; however, the drama drama got to be a bit much.

Where everyone is a character. 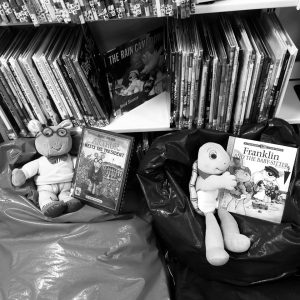 Today is the first day of school.  Where did the Summer go?  About 2 weeks ago, it occurred to me that I had not read any middle grade or teen novels this Summer. What fresh recommendations would I be able to give? Disaster! I could already see the disappointed looks on the faces of young readers. What a slack librarian!  Fortunately, there were plenty of books at hand!  I covered my dining room table with reading options. Middle grade is where it’s at as far as great adventures, magic, and fun so that is where I started. 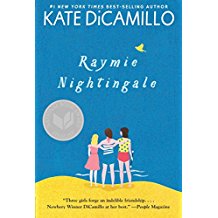 Kate DiCamillo is a wonderful author.  Yes, she wrote “The Tale of Despereaux” and “Because of Winn Dixie” but her “Mercy Watson” series stole my heart!  Raymie Nightingale tells the tale of a wonderful friendship formed between three young girls training for a local talent contest. Each girl has a distinct goal in entering the contest and each one is dealing with serious issues at home.  I was cheering them on throughout the whole book and heartily recommend this book to everyone!

Set in late 1800s Washington, this is the story of May Amelia, daughter of Finnish farmers and sister to SEVEN brothers. I would have felt sorry for her except this adventurous gal needed no help from anyone.  As we follow the hardscrabble life of the family, we watch as each of the children reach for their goals while supporting their family.  This book has some “sad bits” but it was a wonderful read. 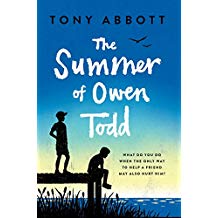 Two young boys are the best of friends. When a babysitter enters the picture, life changes drastically for one of the boys. Will his friend be able to save him without losing his friendship?  This book dealt with very serious issues and while the book was written at approximately a 4th grade reading level, I wouldn’t recommend it to that age of child.  There was a glimmer of hope at the end of the novel but not much.

The Accelerated Reading level for this children’s adventure tale is 5.5.  The story itself feels a lot “younger” than that. It is a sweet story about a family falling on hard times and moving from a grand house to a shack in the English countryside. The kids meet lots of interesting people, form friendships, and have wild adventures while their mother works to keep a roof over their head and their falsely imprisoned father sits in jail. 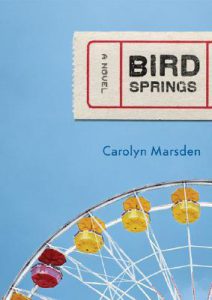 When a drought hits the reservation, eleven-year-old Gregory and his family head for the big city.  Gregory tries to fit in at a new school while dealing with the loss of his home and father. Culture shock, poverty, and domestic abuse seem like a lot to cram into this very short book.

We are working on our “Strategic Plan” for the next three years. Do the library hours meet your needs? Do you have any specific programming requests or needs which could be met by the library?