Start out your Nonfiction November by learning about finance!

Check out this book-related podcast.  If you love it, let us know!

As we move farther into “cold weather” territory, it is important to stock up on the things that will get us through until Spring:  hot chocolate, blankets, fuzzy socks, and BOOKS!  Here are a few recommendations to help with those stacks.

A beautifully written novel packed with imagination, wit, friendship, and hope. I plan to recommend this to everyone.  It is the perfect size for a classroom read-aloud. 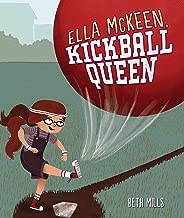 It is hard to find out you aren’t the only one with a certain talent. When a new girl moves in, Ella finds out her “kickball bombs” aren’t unstoppable any more. As she learns to deal with her feelings, she also learns how to be a good teammate and friend.

It is cold. It is rainy. This morning someone had the audacity to mention snow……  It is time to get serious about reading. Because really. Nature is to be avoided when it is cold outside. 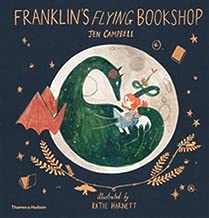 A dragon, a bookshop, and true friendship. What else could you possibly need?  Beautiful illustrations?  Check. Great story? Check. It is sure to please.

The survivors are from different regions and different backgrounds. Ages varied at the time of the violent acts. Some of them watched family and friends die. Others heard the shots and lived through the harrowing moments without ever actually laying eyes on the shooter. Each of them dealt with the aftermath in their own way. Some learned to forgive. Others not. Some became activists in gun control and/or school safety. This is definitely not an easy read but it does feel like a necessary one. My only quibble with this book are the editing mishaps scattered throughout which distract the reader from the essays. 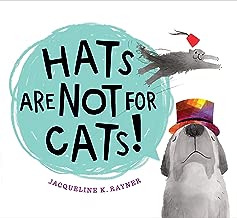 On September 24, CNCAP Leap Into Learning Preschool visited the library for a Share the Love event. Twelve adults read to 25 kids. Each kid listened to 6-7 books apiece to assist them in reaching their 1000 Books Before Kindergarten goals!